1. The surface tension of the base film is not high, the glue can not penetrate evenly, so that it shrinks and dries, resulting in uneven base film, little by little, poor transparency. The manufacturer of transparent bag suggests that the base film with surface tension exceeding 38mN/m should be used, or reprocessed to be qualified after use.

2. The adhesive has good fluidity and poor leveling. An adhesive with good fluidity or a solvent that increases development should be used, but odor problems caused by excess residual solvent odor should be prevented.

3. Insufficient amount of glue, gaps and small bubbles, resulting in spots or opacity. Transparent bag manufacturers recommend checking the amount of glue to make it completely even.

4. The adhesive liquid itself absorbs water and becomes cloudy and insoluble. Remix the glue and use solvents without active groups, such as water, alcohol, acids, and amines.

5. When the drying method starts, the temperature is too high and the drying speed is too fast, which leads to the rapid evaporation of the solvent on the surface adhesive layer, resulting in the increase of local concentration of the surface adhesive layer and surface crusting. Then when the heat goes deep into the rubber layer, the solvent under the skin film evaporates and breaks the film, forming a ring like a volcanic nozzle, rotating and rotating, which also makes the rubber layer uneven and opaque.

Therefore, the temperature of the drying path should gradually increase from the inlet to the outlet, from low to high, so that the solvent can evaporate orderly and continuously from the inside out. In addition, can be mixed with different boiling points of solvent, adhesive surface of the high boiling point of solvent heated vaporization can be preserved for a long time, will not cause surface crust. And ensure the residual solvent qualified, no odor.

6. Transparent plastic bags are a little stress-free, forming gaps and opaque. Transparent bag manufacturers suggest frequent inspection, if there are defects, even if small to replace.

Interim Measures for recycling and utilization of packaging resources 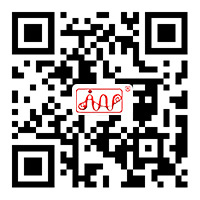